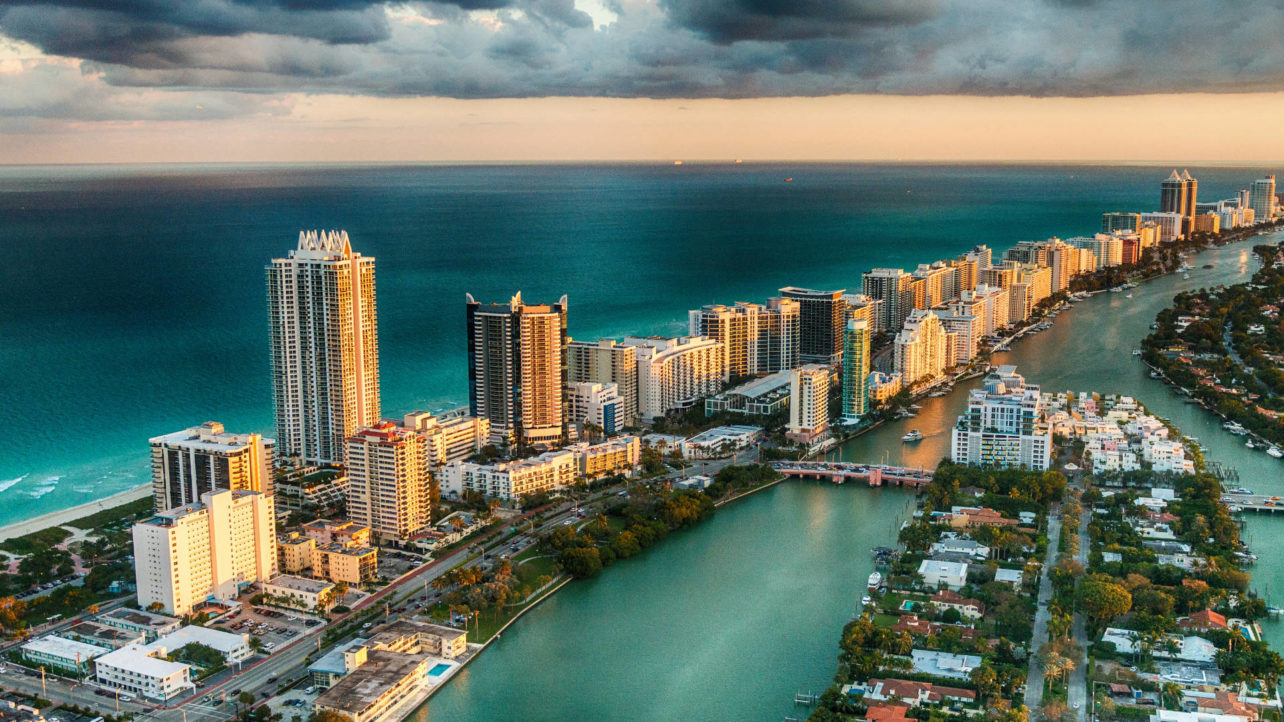 At a glance, Miami seems like a beautiful beachfront and Art Deco, but it has some exciting sights that sit under the water as well. The city’s oceanfront sits as part of the Florida Straits, the third-largest barrier reef in the world. In fact, Miami Beach is actually a barrier island made out of ancient limestone coral. Unfortunately, that reef has not always been good news for boats, which has earned the city its lesser-known nickname of the “Wreckreational” Capital of the World for visiting and local divers.

Miami is home to what is easily one of the most world-famous diver spots – the Neptune Memorial Reef. This unique area located about four miles east of Key Biscayne is the first underwater cemetery. It is complete with statuary, plaques, graves, and even benches. Today, it serves as the final resting place for people who truly loved diving in life, but it has also become a place of abundant life as well. The cemetery has become an artificial reef that attracts a number of tropical fish that enjoy darting out in between all the stonework.

The whole area is meant to be like the mythical city of Atlantis, and the site grows all the time. When it is finished, the whole area will be over 900 feet in diameter, which will make seeing the whole thing a multi-tank affair.

Did you know that under these beautiful aquamarine waters are two Vietnam era M60 tanks? There’s got to be a story there, right? Well, there is, but it isn’t a particularly interesting one. The tanks, though they now look like they have been there since the last World War, were placed there in 1994 by the Dade Environmental Resource Management. They had an excess of tanks and were working to provide more diving attractions in the area, so everything worked out. They also built an artificial limestone “wall” between the two tanks, though it is really more of a pile of stone. Both features have attracted a huge array of sea life that makes it well worth exploring. Lobsters in particular love it.

Located one mile east of Key Biscayne, the Emerald Reef is considered the most beautiful dive spot in Miami. Some would even argue that it is the most beautiful in all of Florida, but there are some spots in the Keys that might argue against that. As the largest natural reef in Miami, you can get lost among the brain, elkhorn, and pillar coral that serves as home to thousands of tropical fish. As the area also features good lighting and generally good visibility (weather permitting) it attracts a lot of divers that are interested in underwater photography as well. Furthermore, since it only gets about 25 feet deep in the area, it is also a decent place for the novice diver to hone their skills.

If your dive skills aren’t exactly the strongest, unfortunately, that locks you out of a lot of the deeper wreck dives in an area. However, if you are in Miami, you are lucky to have the Belzona Barge to cut your teeth on. This 215-foot steel barge was sunk in 1991 in 70 feet of water, but Hurricane Andrew washed it up to its current depth at 35 feet. It makes this barge the shallowest wreck dive in Miami and the perfect place for more novice divers to hone their deepwater skills so they can see some of the other great wrecks off the coast where there is more risk. The inside the wreck itself is super dark, but you don’t need to go inside to see some of the great sea life that lives there. Stingrays, lobsters, eels, and even the odd sea turtle all have made this their artificial home.

One thing you will notice about Miami as you dive around it is that a lot of its dive sites were put there to be dive sights. Boats were sunk, tanks were sunk, bars were sunk – all to become artificial reefs and to attract divers to the city. However, if you are looking for dives because they happened by chance and were historical, the city can still provide that as well. In fact, your best bet for historical wreck diving is to cruise the Shipwreck Trail in Biscayne National Park.

The Shipwreck Trail features a number of historical wrecks. Typically, most people explore this trail on guided snorkeling tours, but if you are diving certified, you are more than welcome to tour the area yourself. From the remains of unknown wooden schooners to looking for the cargo of old sunken steamships, there is a lot to explore here. Combine that with the fact that a lot of these ships sunk due to the natural reef that is aptly named Long Reef, and you can spend days driving along this trail.

If you are interested in above water sights, the Fowey Rocks Lighthouse built to try and cut down on wrecks in this area is pretty cool as well.

How to Dive in Miami

Do you have an interest in diving, but aren’t actually certified? After reading all of the above, it is not surprising that you want to see what Miami has to show you under the water. However, for your own safety at the very least, you need to be dive certified by either PADI or NAUI. Yet, Miami is not just a place for veteran divers. There are dozens of places in the city that can train you and get you certified. Whether it is docks that work on beginning dive skills or boats that help you get comfortable going deeper into the water.

The most well-known teachers are those at the Tarpoon Lagoon Dive Center at the Miami Beach Marina. They can not only teach you, but they take out dive tours for those not comfortable going alone. If you have lived in the city for a long time, you owe it to yourself to see all of the city, not just the part above the water.