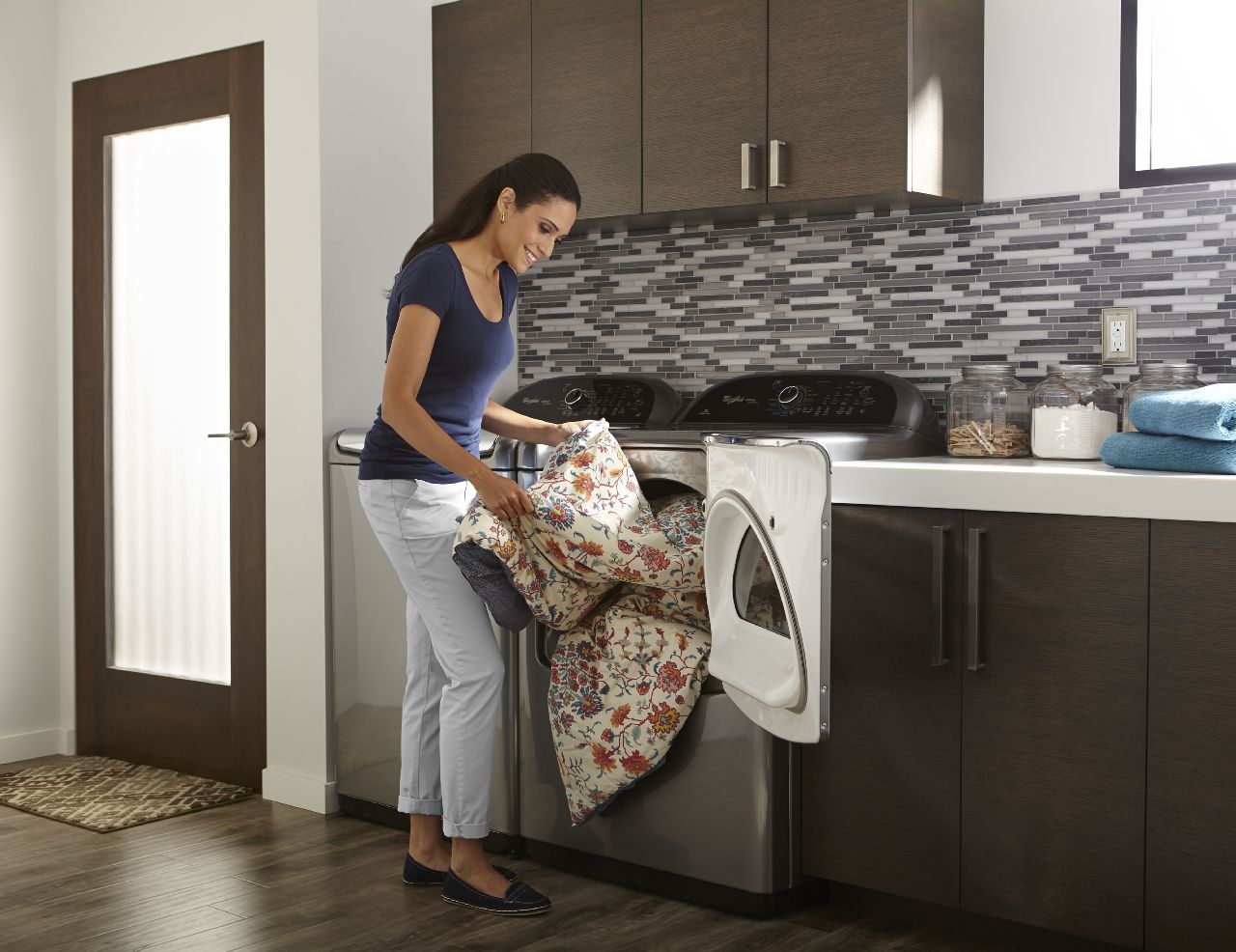 Have you ever noticed how some people need regular appliance repair, and some appliances run for decades without malfunction? There are several factors at play. Of course, the brand, model, and quality of production for each appliance matters. That determines its natural lifespan and performance. The age of an appliance can also determine how often it needs maintenance.

But one of the biggest factors is how well the appliance is kept at home. A clean, balanced, and well-kept dryer will perform more reliably and need less maintenance than a dryer in a damp garage or on an uneven floor. The best way to reduce your future need for maintenance and repairs is to take good care of your dryer (and all appliances) in your daily and weekly routine.

Here are a few dryer tips from pros who have fixed many dryers of common and uncommon ailments.

The most dangerous thing for most dryers, in the short term, is pocket items. If a pencil, a pocket knife, or a pack of foil-wrapped gum should fall into the dryer, various problems can occur. Pencils can fall through vent holes, get stuck in the lint trap system, or damage clothing. Anything metal can scrape the inside of the metal drum and cause a spark inside the heating dryer. Anything that can make a mess or a fire is a hazard inside the dryer, and that comprises many things that go through the wash in pockets.

Remember, many things don’t fall out of those pockets until the dryer tumble cycles. Sometimes, they will fall out during the wash cycle and only be water-damaged so you can dodge that fire hazard. Loose coins are an even bigger problem because it can slip through the cracks between the drum and dryer housing, causing all sorts of trouble from jamming the spin to shorting circuits.

Your best solution is to empty all garment pockets and generally pat-down anything that goes into the wash. Just to make sure nothing dangerous was lost into a hamper.

The most dangerous thing for most dryers in the long term is an uneven load. If the dryer does not sit flat on the ground, then the drum can become unbalanced and it’s spinning supports will take damage. That can throw off the belt or pulleys. The drum may begin to scrape against the edge or knock around. Over time, an uneven floor below your dryer can cause increasingly serious damage, though it might seem insignificant at the beginning.Use a simple bubble level to identify if your dryer is uneven. Then twist or prop the feet of the dryer until it is even on all for edges of the top panel.

While we all know better than to wash pens and lighters, we do tend to forget about the danger of buttons. Decoration and hardware on clothing can be just as dangerous to your dryer as lost loose items. Metal is a particularly dangerous and common clothing decoration that might scrape or spark in the dryer. Not to mention the dryer’s ability to knock and shake loose those decorations that make your clothes worth keeping.

So cover and protect those decorations as they go through the wash. Turn beaded, embroidered, and sequined clothing inside out. Wrap dangling beads in socks or trap them inside sleeves. Fold Zipper pulls into the jacket pockets. Use hair ties as laundry-safe bungee cords. The fabric will still be washed but the metal elements won’t have hit the side of the dryer in a million tiny Clacks as the clothes dried.

Lint is your dryer’s secret self-generating weakness. It has a system to deal with lint, but eventually, damp fluffy clothing debris will cake onto every part of that system and form a clog. The only question is how much time that takes. You can reduce your lint problems significantly just by cleaning your lint trap out regularly.

Seriously, just pull out that screen and roll the lint off every two or three loads. Every load for fluffy towels and new clothes, which shed more. This will help the lint system’s airflow which will prevent build-up and future clogs. Also, a clogged dryer vent can become a fire risk.

Straighten Out the Duct Tube

Behind your dryer is probably a silver cylindrical slinky tube. If it’s there, it leads from the back of your dryer into some vent. If it’s not, you might have a more direct or built-in vent connection. This slinky duct is where the moisture, warm air, and lint all flow out of the dryer. So if it’s knotted up or scrunched, the moisture can’t get out and your clothes won’t get dry. It will also build up more quickly to clog with lint.

So just pull the dryer forward a little and reach behind. Stretch out the slinky duct and then reposition the dryer. The dryer should either allow the duct to lay un-scrunched on the floor or should lightly support the duct in a loop that air can pass through. As a bonus, this will also help you avoid having to repair or replace that duct from mishandling.

Lint builds up inside the dryer. It’s supposed to just go through the lint trap, but we all know lint trap housings are full of lint and that system is connected to the duct and vent. This means a certain amount of damp lint builds up all along that path. Here’s a list of places to look for lint that may be forming a clog or restricting your dryer airflow.

Wipe Out the Drum Weekly

Leftover fabric softener and dryer sheet compound can build up on the inside of a dryer. This can reduce the dryer’s efficiency and leave your clothes feeling like there’s a little residue on the outside fibers. There’s nothing wrong with this because it can be easily fixed. Just don’t let the softening agents used in laundry build up. Clean the inside of your dryer every once in a while.

Keep an Ear Out

Finally, listen to your dryer. Know what it normally sounds like for each regular type of load you do. Then remain aware of the dryer as it runs. If something starts to go wrong that will need a repair call, you might just catch it early. A slight change in sound, from banking to whir pitch, can indicate that the washer is no longer performing optimally.

In some cases, you can even hunt down the problem and prevent permanent damage before a repair is even needed. So keep an ear out and maintain awareness of how your dryer sounds when it runs.